BOLANDS MILLS [CURRENT BEING REDEVELOPED
Towards the end of last year a number of newspapers claimed that Google was close to signing a deal to acquire the entire Bolands Quay scheme in Dublin's docklands for Euro 170 million. The new complex is beside Google's European headquarters on Barrow Street. In 2011, Google bought its European headquarters on Barrow Street and the nearby Montevetro building for €100m and €99m respectively and they are currently in the process of buying the Treasury Building on Grand Canal Street. 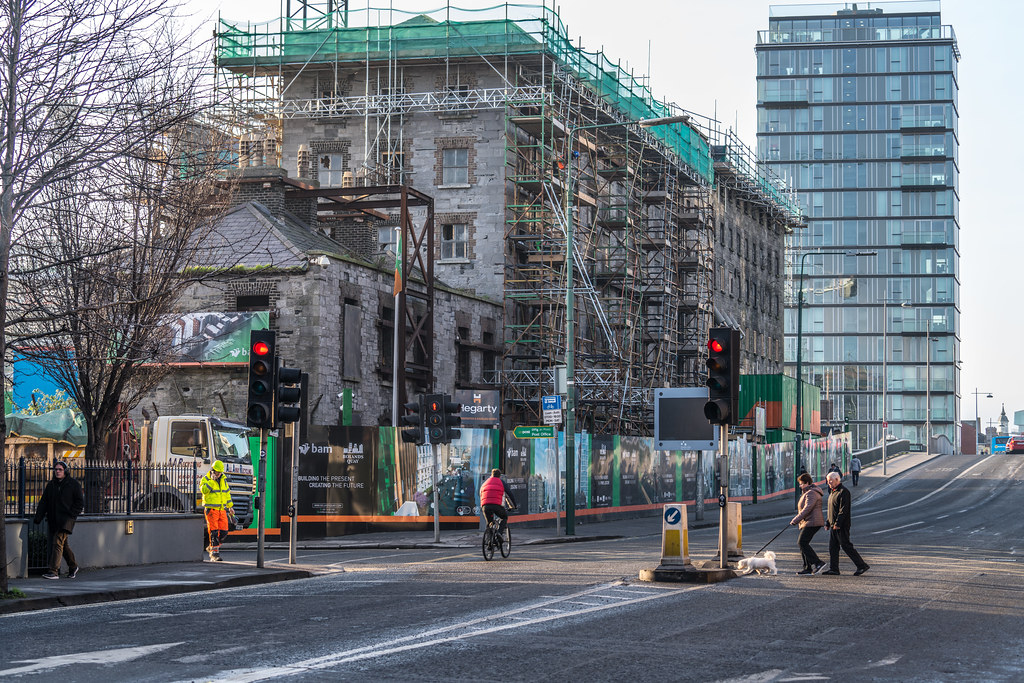 https://www.excellentstreetimages.com/dublin-street-photography/photo-diary-of-dublin-2018/buildings-of-interest/docklands-area/
The new development is described as follows "Set in the heart of Dublin’s thriving docklands with a unique frontage to the Grand Canal Dock, this exciting new landmark development will transform the Dublin skyline and surrounding urban landscape, taking its place as the city’s most prestigious new corporate address." http://bolandsquay.com Boland's Mill was located on the Grand Canal Dock in Dublin, Ireland on Ringsend Road between the inner basin of Grand Canal Dock and Barrow Street. As of 2015, the site is currently undergoing a €150 million reconstruction to become Bolands Quay, a development of new residences and commercial, retail, and civic spaces. The mill site included a number of buildings. There were two six-storey stone warehouse buildings dating from the 1830s, and others on Barrow Street dating from the 1870s. The majority of the complex consisted of concrete silos built between the 1940s and 1960s. The mill stopped production in 2001 and the site has been derelict since then. Within the complex of buildings, the older 19th century stone block buildings facing onto Ringsend Road and onto Grand Canal Dock together with two terraced houses on Barrow street are listed as protected buildings by Dublin City Council. The taller concrete silos on the site were not protected structures. The site is in an area known locally as "Silicon Docks" as it has become location for high-tech multinationals such as Google and Facebook.
PREVIOUS PHOTOGRAPHS OF BOLANDS MILLS 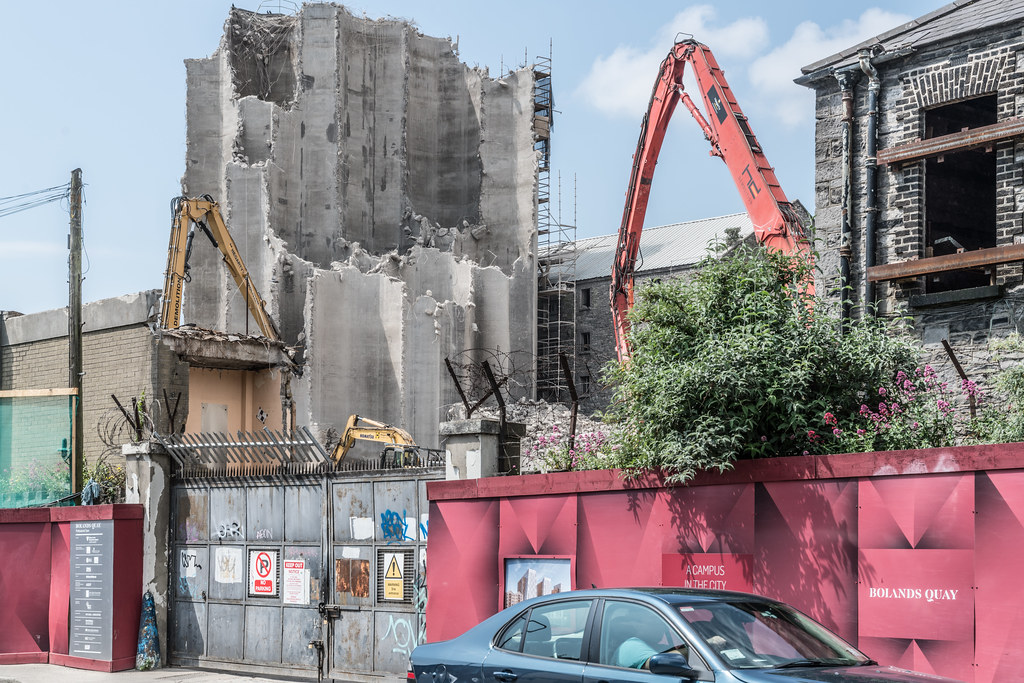 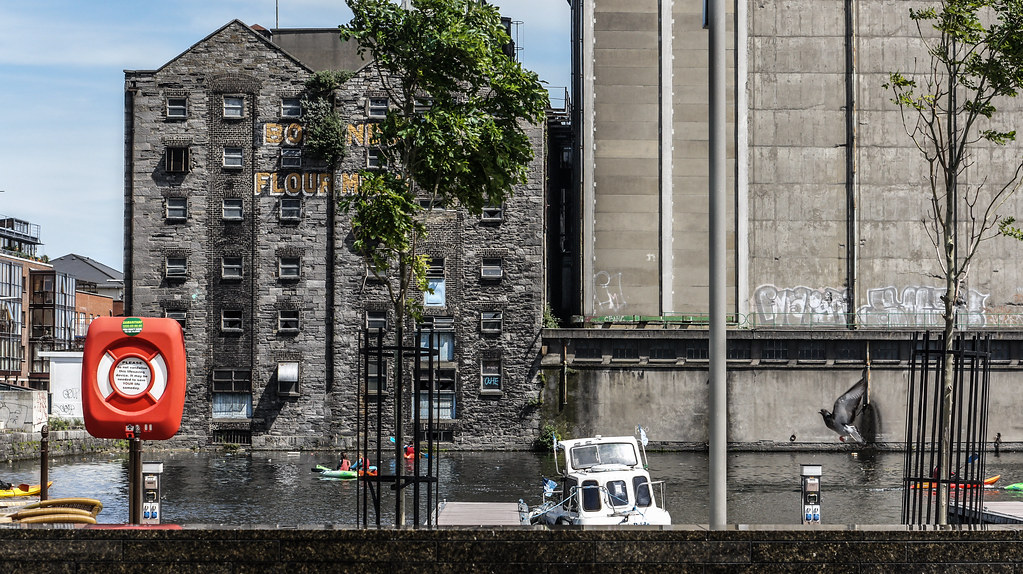 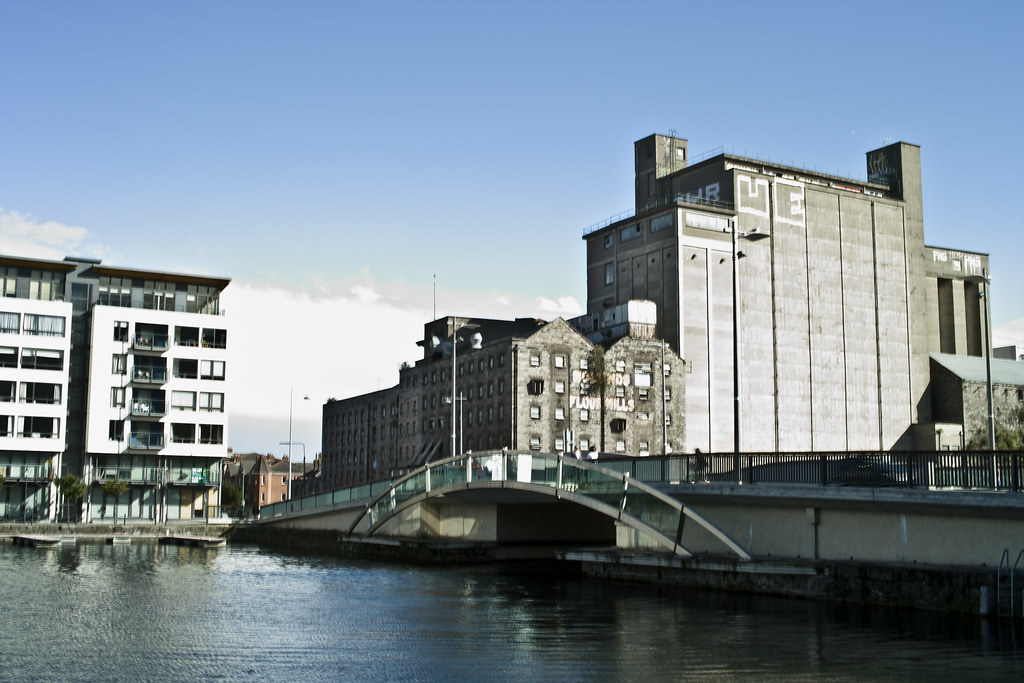 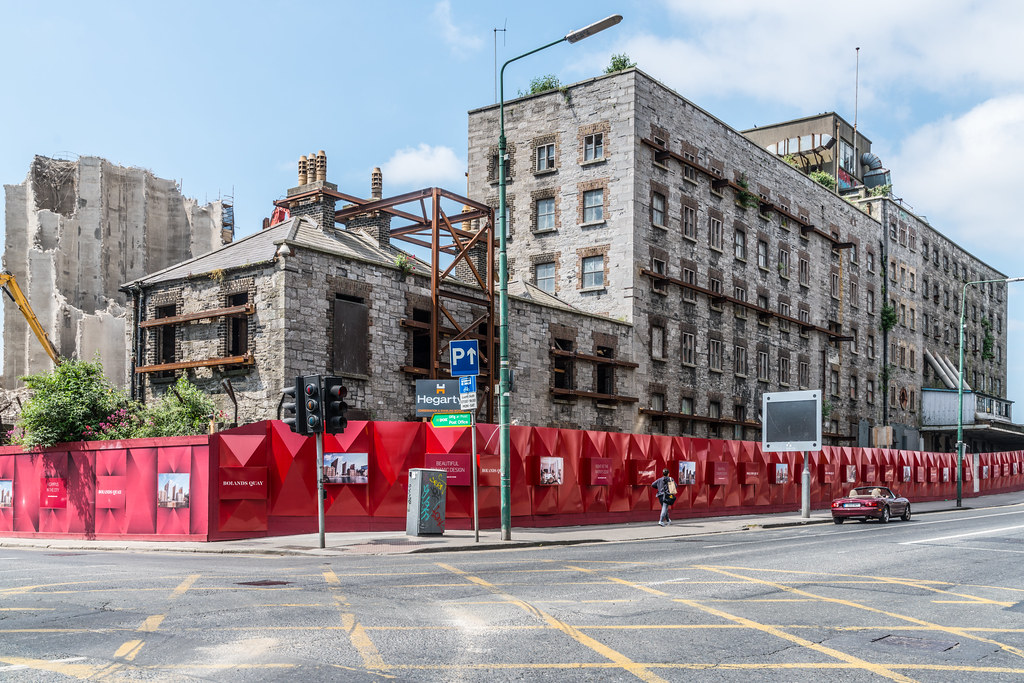 SaveSave
Posted by Unknown at 12:40 PM No comments:

This event was not at all easy to photograph so I decided to have a bit of fun with some of the images. Hopefully the images will give you all a feel for the event.


VIEW THE COMPLETE COLLECTION OF PHOTOGRAPHS ... 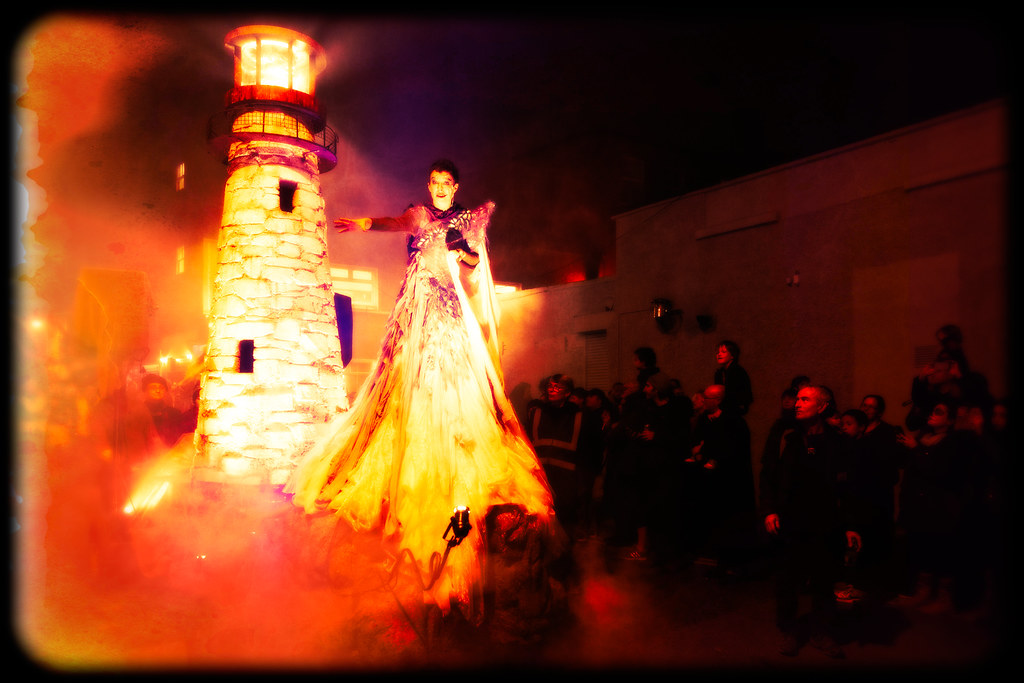 Macnas is a performance company based at the Fisheries Field in Galway, Ireland. Its public performances are noted for exuberance, colour and spectacle. The company has been influential in changing the nature of public entertainment in Ireland.

Halloween or Hallowe'en (a contraction of All Hallows' Evening), also known as Allhalloween, All Hallows' Eve, or All Saints' Eve, is a celebration observed in a number of countries on 31 October, the eve of the Western Christian feast of All Hallows' Day. It begins the three-day observance of Allhallowtide, the time in the liturgical year dedicated to remembering the dead, including saints (hallows), martyrs, and all the faithful departed.

It is widely believed that many Halloween traditions originated from ancient Celtic harvest festivals, particularly the Gaelic festival Samhain; that such festivals may have had pagan roots; and that Samhain itself was Christianised as Halloween by the early Church.

Some believe, however, that Halloween began solely as a Christian holiday, separate from ancient festivals like Samhain. Halloween activities include trick-or-treating, attending Halloween costume parties, carving pumpkins into jack-o'-lanterns, lighting bonfires, apple bobbing, divination games, playing pranks, visiting haunted attractions, telling scary stories and watching horror films. In many parts of the world, the Christian religious observances of All Hallows' Eve, including attending church services and lighting candles on the graves of the dead, remain popular, although elsewhere it is a more commercial and secular celebration. SaveSave
Posted by Unknown at 12:09 PM No comments: